Jason Statham Hams It Up For LG's G5 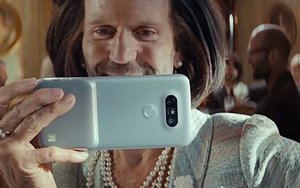 The British actor, who starred in The Transporter and The Expendables series, is the main man (and woman) in teaser videos for the G5’s ads that have him playing with the device, which comes with detachable hardware gadgets. Statham plays all 10 characters in the teasers, including a waiter, a security guard and a fashion-friendly female diner.

Such diversity plays off the smartphone’s own. It can be a digital camera or an audio amplifier, for example, depending on the gadget chosen. The tag line is “Life’s better when you play more.”

Statham's ads will air in 20 countries at the same time, as well as online, including YouTube and Facebook.