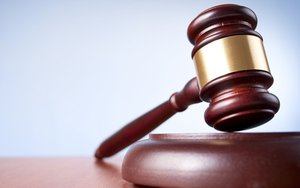 A trial judge correctly ruled that FilmOn is entitled to a cable license, even though it transmits programs over the Web, the company says in new legal papers filed this week.

The online video distributor is asking the 9th Circuit Court of Appeals to reject arguments made by a coalition of TV broadcasters, who say that companies must transmit shows via traditional facilities to qualify for a cable license.

FilmOn says in its appellate papers that Congress intended for the law regarding cable licenses to "be applied flexibly to encompass new technology."

"The Copyright Act should be read in a technology agnostic manner to include technologies developed over the last 40 years," FilmOn writes. "Appellants’ Luddite argument should be relegated to the history books."

Last year, U.S. District Court Judge George Wu in the Central District of California said in a surprise ruling that FilmOn was entitled to a cable license. The broadcasters recently asked the 9th Circuit to reverse that decision.

A broad array of entertainment industry groups -- including Paramount Pictures, Warner Bros and the Independent Film & Television Alliance -- have filed friend-of-the-court briefs siding with the TV broadcasters. Among other arguments, Paramount says that  granting FilmOn a compulsory license would give it an unfair advantage over services like Hulu and Netflix, which must negotiate for the right to stream programs online.

The battle over whether FilmOn, owned by billionaire Alki David, can legally stream TV programs to consumers without the broadcasters' consent dates to at least 2010. Initially, the company launched a streaming service that relied on a system similar to the defunct ivi TV, which attempted to distribute television online. Like ivi, FilmOn X argued that it should be considered a "cable system," and entitled to a compulsory license.

In 2012 the 2nd Circuit Court of Appeals in New York ruled that ivi wasn't a cable system because it didn't limit its streams to specific geographic locales. The appellate court said in its decision that compulsory licenses are only available to systems that transmit shows to restricted geographic markets.

FilmOn then re-launched using the same system as Aereo -- also now defunct. That platform relied on individual mini-antennas to capture over-the-air shows in particular locales and stream them to consumers. FilmOn says it authenticated people's geolocations, and only streamed programs to people who could have received them over-the-air.

FilmOn also began arguing that it should be considered a cable system given the Supreme Court decision -- which said the company's platform was "for all practical purposes a traditional cable system."

Trial judges in Washington, D.C. and Illinois disagreed with FilmOn, but Wu, in California, accepted the company's argument. He said that the Supreme Court's characterization of the technology used by FilmOn is "about as close a statement directly in defendants' favor as could be made."

FilmOn -- which is also sometimes referred to as FilmOn X in the court papers -- says that its use of the Internet to transmit programs "does not offend" the Copyright Act.

"FilmOn X’s system was designed to receive, process and retransmit broadcast transmissions from FilmOn X’s physical terrestrial facilities where it housed antennas, servers, encoders and other electronic equipment," the company argues. "That is what the statute requires."

Broadcasters are expected to respond to FilmOn's latest argument within two weeks.