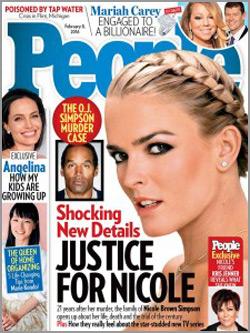 People magazine is joining forces with Investigation Discovery to produce a new 10-part series delving into 10 of history’s best-known crimes, the partners announced this week. The series, called “People Magazine Investigates,” will draw on the magazine’s own archives and new reporting to revisit and throw fresh light on these notorious incidents.

Set to debut in the fall, “People Magazine Investigates” will explore the long-term impact on families, review new evidence and generally give viewers a more “in-depth” look into these crimes than when they were first reported.

In many cases, the crimes have never been solved. Subjects covered include the “Grim Sleeper” serial killer. He targeted Los Angeles-area women from 1985-2007, with a mysterious 14-year break from 1988-2002, and the 2013 murder of California teenage cheerleader Hannah Anderson, both still unsolved.

People editorial director Jess Cagle tells Variety: “In all of our crime content, and on all our platforms, People pays tribute to the victims, and provides their friends and families an opportunity to tell their stories. This approach distinguishes People’s coverage, as we identify the most compelling local stories and give them a national forum.”

People is just one of a number of magazines looking to leverage its editorial expertise and archive to expand into video. Last year, People publisher Time Inc. launched a number of new series created under various brands, including  Entertainment Weekly, Time and Sports Illustrated, as well as People.

In February, Condé Nast announced the creation of a new unscripted television production unit, CNE Studios, within its Condé Nast Entertainment division. And last year, Wired magazine revealed it is partnering with RadicalMedia to produce a new series for Netflix devoted to design.