Starz Stands Out As 'Obsessable' 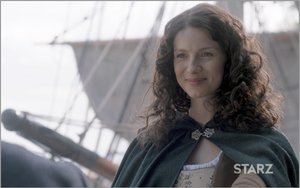 With entertainment options coming from nearly everywhere, it’s important to have a strong identity. Pay television network Starz knows as well as anyone that to stand out, you have to stand for something.

The company this week will launch a new brand identity, bringing its Encore channel lineup under the Starz brand and working under a new ethos of “Obsessable.”

“This is a master brand strategy for Starz. We wanted everything to build back to Starz in a compelling way,” Alison Hoffman, executive vice president of marketing for Starz, tells Marketing Daily. “With all the competition in the industry, putting them all together is going to make us more competitive.”

Working with Hollywood branding and marketing agency Troika, the new platform was born out of consumer research that showed 85% of people consider themselves a fan of something, and 70% of those people are fans of television shows, Hoffman says. “A decade ago if you identified yourself as a fan, it was about sports. Now it’s about TV,” she says.

With original programming like “Outlander” and “Ash vs. Evil Dead,” (and first-run airings of movies such as “The Avengers: Age of Ultron” and “Star Wars: The Force Awakens”), Starz sees its customers as more than casual viewers, which gave rise to the “Obsessable” brand positioning, Hoffman says.

“We really needed to come up with a positioning that knit all that great content together,” she says. “We have a very diverse audience, and we wanted to find a common thread for this brand.”

The rebranding will begin this week with updated logos and a rechristening of the Encore networks as “Starz Encore.” Promotions for the new seasons of original programming will also incorporate the “simple strong and sophisticated” look and feel of the networks’ new identity, she says.

“Over the past couple of years, we’ve been able to build [connections] between fans and shows, but now we want to build that back to Starz,” Hoffman says.