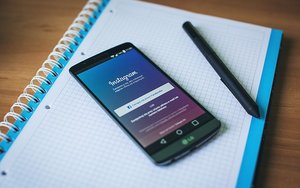 While LinkedIn leads as a business-to-business platform in terms of penetration and scale, B2B social media engagement is actually highest on hip photo-sharing platform Instagram, according to a new study by TrackMaven, based on an analysis of 316 B2B brands across the major social networks.

Unsurprisingly, B2B brands have been busy on LinkedIn, building relatively large followings of vendors and customers; thus brands in the professional services category have a median LinkedIn audience of 1.2 million followers. They’re also active on Facebook, Twitter, and Pinterest, with varying rates of success: for example, the median number of Pinterest followers was less than 3,000 for most of the brand categories studied.

However Instagram – not necessarily most people’s first example of a B2B medium – stood out for delivering high engagement across a range of categories, with measurement defined by TrackMaven as the number of interactions per post per 1,000 followers.

For the B2B industry overall, Instagram yielded an engagement rate of 22.53, followed by Pinterest at 15.88, Facebook at 5.99, LinkedIn at 1.09, and Twitter at 0.86. Instagram was the biggest source of social engagement for 15 out of 17 categories, including aerospace and defense, chemicals, computer hardware, construction, electrical equipment, energy, engineering, logistics, machinery, medical, motor vehicles and parts, pharma, professional services, software, and wholesales.

The rise of digital, including social media, has had a disruptive effect on B2B publishers similar to the impact on consumer media. According to figures from Connectiv (formerly ABM), from 2008 to 2014 B2B print ad revenues declined from 34% of the industry’s total revenues to 24.4%, while over the same period, digital advertising increased from 10.3% to 21% of the total business. Data and business information services rose from 5.8% to 10.2%, and events increased from 42.8% to 44.4%.