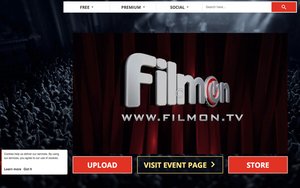 "With little meaningful competition in the cable industry, consumers are forced to accept pricey cable subscriptions with high monthly costs, fixed-term contracts, additional equipment, rental and installation fees, 'bundled services' and channel packages that include many unwanted channels," the advocacy group says in a friend-of-the-court brief filed with the 9th Circuit Court of Appeals late last week. "Despite the rise of the Internet, the incumbent cable companies are still the dominant providers of broadcast television and consumers are once again at the mercy of a dysfunctional television market."

The organization is backing FilmOn's request that the appellate court uphold a ruling issued last year by U.S. District Court Judge George Wu, who ruled that the company qualifies for a cable license.

A coalition of broadcasters, including ABC, CBS, Fox and NBCUniversal, are asking the 9th Circuit to reverse Wu's decision. The broadcasters argue that FilmOn isn't a cable system, because it doesn't stream programs from a traditional "facility."

Several entertainment companies -- including major Paramount Pictures, Warner Bros and the Independent Film & Television Alliance -- have filed friend-of-the-court briefs in favor of the broadcasters. The entertainment companies say that granting FilmOn a compulsory license would give it an unfair advantage over services like Hulu and Netflix, which must negotiate for the right to stream programs online.

In 2012, the 2nd Circuit Court of Appeals in New York ruled that ivi wasn't a cable system because it didn't limit its streams to specific geographic locales. The appellate court said in its decision that compulsory licenses are only available to systems that transmit shows to restricted markets.

FilmOn then re-launched using the same system as the now-defunct Aereo. That platform relied on individual mini-antennas to capture over-the-air shows in particular locales and stream them to consumers. FilmOn says it authenticated people's geo-locations, and only streamed programs to people who could have received them over-the-air.

FilmOn now contends that it should be considered a cable system given the Supreme Court decision -- which said the company's platform was "for all practical purposes a traditional cable system."

Last year, Wu ruled in favor of FilmOn on that point. He wrote that the Supreme Court's characterization of the technology is "about as close a statement directly in defendants' favor as could be made."

Consumer Federation argues that Wu's ruling will benefit consumers. The group says that granting cable licenses to Internet distributors like FilmOn will enable those companies to compete with cable providers and "provide consumers with the improved customer service they have been waiting and asking for."

The watchdog adds in its legal papers that the American cable market is more dysfunctional than in other countries, due to the lack of competition in the U.S. "American households pay significantly more for Internet bundles than their international counterparts," the organization says. "For example, the average American household pays $90 per month for cable television, whereas cable, phone, and Internet bundles typically sell for $32 per month in Paris and just $15 per month in Seoul."