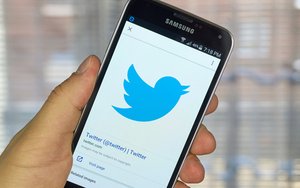 Social-media platform Twitter updated its conversion lift reports today to help advertisers understand how effective their ads are on the platform.

The metrics are supposed to show the incremental lift an ad has gotten through exposure on Twitter’s platform.

Twitter introduced conversion lift reports last year as a way for advertisers to understand their campaigns beyond last-click attribution and cookies.

Twitter reports that users who were exposed to ads that drove Web site conversions on both mobile and desktop were 52% more likely to make purchases than people exposed only on desktop.

User exposed to app install and app re-engagement campaigns were 15% more likely to convert against the control group. Those that interacted with promoted tweets were 120% more likely to install or re-engage with an app.

“Conversion lift reports give us valuable insight into campaign performance. This tool provides a clear look at the impact Twitter ads have within our broader media strategy, and helps us make more precise choices as we allocate spend,” states Shannon Marcotte, senior manager of social media marketing at The New York Times.

The newspaper has been a pioneer in mobile news tech as well; it was an early adopter of Twitter’s conversion reports.

The reports now can help marketers get a better handle on ROI based on cross-device behavior, and see how their mobile campaigns are driving conversions and how much those conversions are worth.

The conversion lifts are also updated daily, and marketers can access them directly from their Twitter Ads dashboard.