Verizon Reportedly Will Bid For Yahoo's Assets, Merge With AOL's 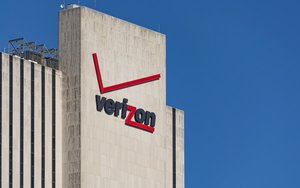 Verizon Communications will move forward with its bid for Yahoo's core businesses including search, email, mobile, advertising and content portals as well as its stake in Yahoo Japan, according to one report.

Verizon is working with three banks to close the deal, and if successful, will merge Yahoo's assets with AOL's, according to Bloomberg, citing knowledgeable sources.

Yahoo and AOL have a programmatic ad business that Verizon can combine with its wireless video business to build a stronger mobile offering with content.

Marissa Mayer, Yahoo CEO, has publicly said she would like to continue running the company as CEO, but it's likely that Verizon will replace Mayer with AOL CEO Tim Armstrong.

Google also appears to be interested in Yahoo, reports Bloomberg, citing knowledgeable sources -- although there is no proof they plan to make an offer.

Private Equity Funds Bain and TPG said they will move forward on a bid for Yahoo, and are open to a partner. AT&T, Comcast, and Microsoft will not bid for the business.

Yahoo's worldwide mobile ad business will grow 24.5% this year to $1.31 billion. Yet as rivals Google and Facebook grow by larger percentages, Yahoo's share of the mobile market will continue to shrink to 1.3% from 1.5% last year, according to eMarketer.