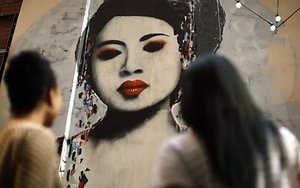 Travel Michigan is launching the latest incarnation of its Pure Michigan marketing campaign, this time focusing on the state’s largest city, Detroit.

The 60-second spot, “Soul,” was supposed to debut April 10 in front of Detroit Tigers fans at Comerica Park, but the baseball game was postponed due to inclement weather. A 30-second version of the commercial, “Story of Detroit,” began airing April 11 as part of the Pure Michigan national advertising campaign rotation and the same spot will run on YouTube’s in-stream, non-skippable ads nationwide, generating an estimated 7.9 million impressions.

A new Detroit landing page features the 60-second spot as well as other stories and content.

A digital campaign will run with Time to highlight the stories of the Detroit comeback. It will include original long-form content and photography that will live on Time.com, premium print placement for a Detroit-focused message and Facebook and Twitter promotion on Time social channels. The Time campaign is expected to reach 11 million people.

The effort was created by McCann Erickson, along with Travel Michigan and the Detroit Convention and Visitors Bureau. The media plan includes radio, digital banners and streaming radio in regional markets (including Southern Ontario.) The spot will run as part of a national cable buy through May 30 on networks including A&E, Bravo and DIY.

This is more than a leisure travel campaign -- it aims to challenge people’s perceptions of Detroit, Lorenz says.

“We want people across the state, the nation and around the world, to see Detroit for what it really is: a vibrant city with hard working, passionate people,” he says. “[It’s] a place where old and new are uniting in unexpected ways, a place where creative minds meet an industrial spirit to forge a new chapter for the city.”

The campaign targets consumers ages 18-49 throughout the U.S. and parts of Canada. It also targets the travel planner.

“Inspiring shots throughout the city show the city’s energy and the multitude of reasons Detroit should be on everyone’s travel bucket list,” Lorenz says.