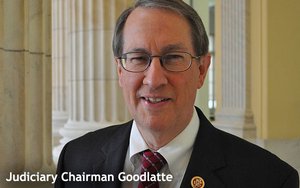 The House Judiciary Committee is slated to vote on the Email Privacy Act this Wednesday, less than a week after Judiciary Chairman Bob Goodlatte (R-Va.) made several key edits to the bill.

The Email Privacy Act is a bipartisan bill led by Kevin Yoder (R-Kan.) and Jared Polis (D-Colo.) aimed at closing a loophole in the 1986 Electronic Communications Privacy Act (ECPA) that allows the government to use a subpoena to force technology companies and service providers to reveal customers' emails that are more than 180 days old.

If passed and signed into law, the new bill would ensure that government agencies obtain a warrant before any stored electronic communications are exchanged. Law enforcement would still only need a subpoena, however, to access a customer’s information such as name, contact information and payment information.

Judiciary Chairman Bob Goodlatte (R-Va.) made several key edits to the bill on Friday, including pulling back an amendment that would require law enforcement to notify suspects when a warrant had been served to their communications provider within ten days.

The new edits allow providers to notify their customers unless a court has ruled that the notice should be delayed.

Yoder accepted the edits to his authored bill Monday morning, reports The Hill.

With over 300 co-sponsors, the bill is predicted to move past the Judiciary Committee on Wednesday, but further movement is dubious in a gridlocked partisan government during an election year.