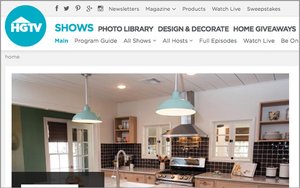 First-quarter national TV advertising revenue is expected to inch up 1% during the coming quarterly earnings reports for media companies.

MoffettNathanson Research says that will mean a bump to $9.56 billion from $9.469 billion for the same period of a year ago -- slightly down from earlier estimates of a 1.2% gain.

CBS will gain a big 41% to $1.585 billion -- largely coming from the Super Bowl, which can regularly bring in around $300 million in national advertising for that day. On the flip side, NBC (including its TV station) will drop 25% to $1.156 billion -- reflecting that in the first-quarter 2015 period NBC had the Super Bowl.

For cable network groups, Scripps Networks Interactive -- home of Food Network and HGTV -- is expected to lead all groups in percentage hikes, up 9.5% to $469 million. 21st Century Fox -- gaining from presidential and other political-related advertising -- will grow 7% to $461 million. Discovery will also be 7% higher to $401 million.

Viacom will continue to suffer, down 4% to $918 million. Disney will sink a big 13.5% to $857 million as a result of the schedule change that moved back ESPN’s BCS College Football Playoffs to New Year’s Eve from New Year’s Day.