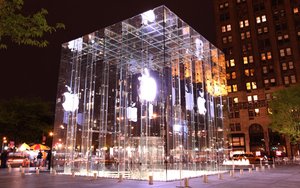 Comedy Central show host Larry Wilmore coined the phrase “keeping it 100” as a replacement for “keeping it real.” Now Cohn & Wolfe has defined the “Authentic 100,” in a report that places Disney, Amazon, Apple, Samsung, Lego, Ford, Google and Coca-Cola on top.

The global study examines the role of authenticity in business and its impact on consumer, stakeholder, investor and employee attitudes and behaviors. Consumer cynicism is high globally, with four out of five stating that brands are not “open and honest.”

“But findings also revealed the high level of cynicism among consumers today, making achievement of authenticity a real challenge,” Fisher tells Marketing Daily. “To overcome the challenge and unlock the authenticity opportunity … there are three critical characteristics that must be addressed: A brand must be perceived as reliable, respectful and real.  These 3 R's of Authenticity provide a clear, data-based formula for achieving a higher level of authenticity for a brand, which will in turn, generate benefits for the brand and its business.”

Despite the cynicism, some brands are getting it right, convincingly, says Andrew Escott, global corporate practice leader, Cohn & Wolfe. “They have in common an ability to talk to consumers in a genuine honest and meaningful way but most importantly one that reflects a real consumer experience,” Escott tells Marketing Daily. “The age of spin is dead and the brands that rate high today know that and act accordingly.”

Protecting privacy is now seen as a core component of what makes a brand authentic, which probably explains why Apple is on top, given its recent refusal to cooperate in helping police access the contents of an iPhone by developing a mechanism for unlocking it.

However, the majority of consumers base perceptions of authenticity on personal brand experiences, as opposed to corporate behavior at a larger scale.

“It was a surprise to learn that when consumers judge a brand's authenticity, they place more priority on ‘delivering on promises’ and ‘treating customers well’ than various aspects of social responsibility or corporate values,” Fisher says. “As a result, some of the brands that performed well in our Authentic 100 were also surprising, with both Disney and Microsoft surpassing Apple, and Intel exceeding Google, for example.”

The 2016 study on authenticity defines for the first time what consumers believe are the individual attributes of authentic behavior and whether a brand displaying these attributes will affect the actions of consumers. The study identifies a large “authenticity gap” between brands and consumers, with 75% of nearly 12,000 consumers surveyed across 14 markets indicating that brands and companies have a credibility problem.

Nearly 9 out of 10 consumers are willing to take action to reward a brand for its authenticity, including 52% who would recommend the brand to others and 49% who would pledge loyalty to the brand. Twenty percent would be prepared to put their money on the table and invest in a brand that proves its authenticity.

Consumers are looking for daily, real-life reminders that they can count on brands. In defining authenticity, they prioritize “high quality” (66%) and “delivering on promises” (70%) over more lofty measures like “social responsibility” (57%) and “environmental responsibility” (55%).

brand image, research
1 comment about "Disney, Amazon, Apple Are Most 'Authentic' Brands".
Check to receive email when comments are posted.
Next story loading