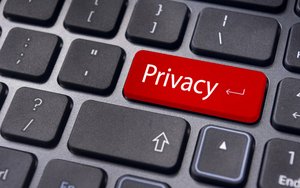 The Association of National Advertisers is asking the Federal Communications Commission for an additional two months to comment on proposed rules that would limit broadband providers' ability to engage in online behavioral advertising.

The organization says in comments filed on Tuesday that it needs the time in order to analyze the "significant and far-reaching" implications of the potential rules.

The proposal contains "numerous proposed requirements with potentially complex impacts regarding the privacy of collected and user data," ANA executive vice president Dan Jaffe writes in a letter sent to the FCC on Tuesday. "For groups like the ANA with an extremely broad and diverse membership, being able to receive full and thoughtful input and then to respond ... will take time and careful consideration," Jaffe writes.

The FCC recently voted 3-2 to move forward with a plan to require broadband providers to obtain subscribers' explicit consent before using data about their Web-surfing activity to serve them targeted ads. The FCC's 147-page notice of proposed rulemaking also poses more than 500 questions, including whether certain forms of tracking technologies -- including "supercookies" and "deep packet inspection" -- should be banned.

The agency has called for initial comments by May 27. The ANA is asking the FCC to extend that period to July 26.

"There's nothing wrong with being on a fast track, as long as you can get the kind of thoughtful input that you need," Jaffe tells MediaPost.

Jaffe says the organization needs to speak with all of its members before taking a position on the FCC's proposal.

"The ANA has not decided how it's going to come out on this issue," he says.

But privacy advocates who are pushing for limits on data collection say that Internet access providers can glean far more comprehensive information about subscribers than any particular online company.

The FCC said last month in a fact sheet that Internet service providers have an "unobstructed view" of all unencrypted online activity, including all of the Web sites people visit and the apps they use. "Even when data is encrypted, broadband providers can still see the websites that a customer visits, how often they visit them, and the amount of time they spend on each website. Using this information, ISPs can piece together enormous amounts of information about their customers -- including private information such as a chronic medical condition or financial problems," the fact sheet stated.