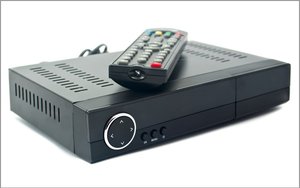 The White House has thrown its support to the Federal Communications Commission's proposal to issue new set-top-box rules aimed at enabling consumers to more easily watch television programs on tablets, smart TVs and other devices.

"Today the President announced that his Administration is calling on the FCC to open up set-top cable boxes to competition," Jason Furman, chairman of the Council of Economic Advisers, and Jeffrey Zients, Director of the National Economic Council and Assistant to the President for Economic Policy, write in a blog post. "This will allow for companies to create new, innovative, higher-quality, lower-cost products. Instead of spending nearly $1,000 over four years to lease a set of behind-the-times boxes, American families will have options to own a device for much less money that will integrate everything they want -- including their cable or satellite content, as well as online streaming apps -- in one, easier-to-use gadget."

Currently, customers who purchase pay-TV from cable and satellite providers typically rent set-top boxes, at an average cost of $231 a year. Many customers who also watch online video on a TV screen use separate streaming devices -- like Rokus or Amazon Fire TVs -- while people who watch TV shows on tablets or smartphones often do so via apps.

Earlier this year, the FCC voted 3-2 to to approve a "Notice of Proposed Rulemaking" for regulations enabling companies other than cable and satellite providers to develop boxes that can access pay-TV programs. The FCC says those regulations will give consumers new options to access pay-TV on a variety of devices.

Google is among the most prominent advocates of the FCC's proposal. Last October, the company said in a filing that its own set-top boxes, developed for its growing fiber broadband service, have the type of features that could become common if the rule change goes through. "Unlike most set-top equipment, the Google Fiber devices and interfaces allow subscribers easily to switch between Google Fiber’s linear programming channels and online video options like VUDU, YouTube, and a Netflix account," the company wrote.

Consumer advocacy organizations like Public Knowledge also back the plan, as do editorial boards of major newspapers, including The New York Times, USA Today, and Chicago Tribune.

The cable and telecom industry, which opposes the FCC's proposal, criticized the White House for taking a position.

"The Administration’s disregard for the integrity of the rulemaking process is appalling," USTelecom Walter McCormick stated today. "When the president ‘calls upon’ his appointees and an agency chairman who serves at his pleasure to act in a particular way, he is ‘directing’ them, and all credibility in the independence of the agency and trust in the administrative process evaporates."

Among other arguments, the industry opponents of the rule change contend that the FCC's proposal will compromise users' privacy, because the FCC can't require Google and other third parties to follow the same privacy rules as cable and satellite companies.

But the FCC has said it may require Google or other device and app developers to certify that they comply with similar privacy rules as cable and satellite providers.