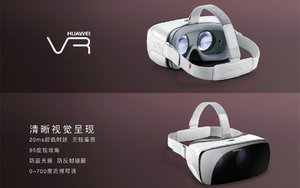 Chinese phone manufacturer Huawei announced the release of a VR headset, similar to Samsung Gear or LG 360, meaning that it works with users’ phones as opposed to being its own device, at a Shanghai event this week.

The company says that it will be the first to offer 360-degree sound, with the right content. The device itself is called Huawei VR.

The company recently announced a new line of phones in London last week.

No prices have been revealed, but the device will be released at some point this year. Content has already been lined up for the launch, according to the announcement: 4,000 free movies, more than 40 free games and a number of panoramic images and virtual tours.

Content is one of the biggest limiting factors for adoption in VR, and many developers are starting to jump into the space.

While it is unlikely that this particular product will make it to the U.S., as Huawei is going after the Chinese market, the announcement serves as another indicator that companies are putting a lot of stock into VR in 2016.  Huawei will sell versions that work with both sizes of the P9 and with the Mate 8.

According to data firm SuperData Research, mobile VR is on track to reach $861 million in revenues this year. Goldman Sachs predicts that the market, including augmented reality, will grow to $110 billion by 2020.

Large companies like Google, Facebook and Samsung haven’t quite brought out the big guns, but they are taking the time now to establish themselves as innovators and leaders in the space.