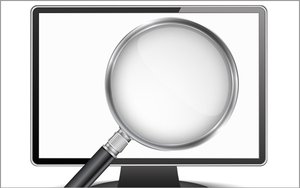 Google made a strong push Wednesday into the budding multimillion-dollar addressable TV market with several features that will personalize television advertising in a way that is similar to how personalized ads appear on the Web.

From the National Association of Broadcasters (NAB) conference, Google announced an addressable TV feature -- DoubleClick Dynamic Ad Insertion for broadcasters -- and an update to DoubleClick for Publishers that keeps competing advertisers from appearing consecutively in the same TV ad segment.

There are also improved search features that will allow additional information for TV shows index on the Web.

The Dynamic Ad Insertion in DoubleClick, an addressable TV feature, allows each television viewer to see personalized advertisements when either watching live or on-demand TV. It builds on Google's experiments with personalizing ads into live linear TV through the Google Fiber set-top-box the company announced last year.

The Rugby World Cup Finals on TF1 and the Republican Presidential Debates on Fox News have already tested Dynamic Ad Insertions, which managed to deliver a fully addressable viewing experience.

More controls also means the ability to make sure two competing brands do not place ads that appear together.

"It could also help broadcasters comply with other rules, like ensuring an alcohol ad and children's cereal ad don’t run in the same break," wrote Rany Ng, director of product management, Video & TV Advertising, Google, in a blog post. Ng explains that the feature becomes available across all of a broadcaster’s ad inventory, direct sold and programmatic.

Google also plans to focus on serving more TV information in search results. When users search for a TV show or movie on google.com, the results page will include information on where can view the content live on television.

Searches for TV shows and films on mobile have grown more than 55% in the past year, according to Google data. Paid search ads won't change. It's just a new way to serve television listings in organic search.

Google search results already serve TV-related information in apps such as MightyTV, a recently launched streaming video discovery app founded by Brian Adams, former CTO and founder of AdMeld, which he sold to Google in 2011 for about $400 million.