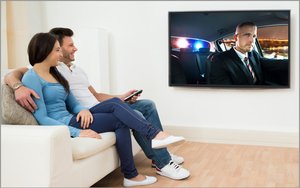 TV advertising buying slowed down a bit in March from versus its overall growth in the first quarter, with digital media continuing strong.

Total March 2016 national TV revenues climbed 2% for the month, up 4% in the first quarter of 2016 overall, according to Standard Media Index, data which comes from booking systems of 70% of total national U.S. media spending.

Broadcast TV, however, kept the quarter strong overall -- with national TV dollars up 15% in March and 10% for the first three months of 2016. National TV syndication witnessed a 4% gain in March, as well a rising 8% for the quarter.

Local cable advertising sales fared a bit better than its national spot TV competitor -- up 2% for the month and 4% for the first three months of the year.

Overall media spending for March grew 4% and 8% in the quarter -- with digital media still the fastest-growing platform. Digital was up 16% for the month and 20% for the quarter.

While traditional TV-video, such as broadcast TV had growth, SMI notes “pure play” digital video rose 35% in March and 35% in the quarter overall.