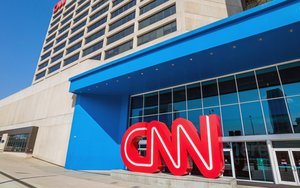 Nielsen C3 ratings, the average commercial minute ratings plus three days of time-shifting, witnessed a 7% decline in the first quarter of this years -- this versus a 6% drop in the fourth quarter 2015, according to analysis from Bernstein Research.

The data include prime time 18-49 viewers for non-kids cable and broadcast and total day 2-11 viewers for kids cable.

Taking out kids viewing, all non-kids cable TV C3 audiences declined 3% -- a big improvement over the 6% decline in the fourth quarter 2015. One of the main reasons is much higher audiences on TV news channels -- Fox News Channel, CNN and MSNBC in particular -- due to the strong interest in the big political season.

Those cable TV group that improved: Fox, up 7% and Scripps Network Interactive, gaining 4%.