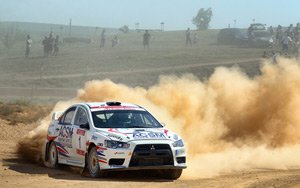 The survey -- conducted by SEO PowerSuite in partnership with Nathan Safran, founder of Blue Nile Consulting -- polled nearly 400 professionals representing a mix of in-house SEOs and agency SEOs across North America and Europe.

The questions focused on awareness, the impact SEOs believe AMP would have on the search results, and whether or not they are actively implementing or intending to implement the technology.

The study found that 75% of SEOs said they were aware of AMP, and 18% said they had researched it extensively.

Some 29% plan to implement AMP in the next six months, 42% are researching it, and 5% do not have plans to support the project.

The survey shows that SEO professionals are paying attention to Google's project at a time when the search engine reportedly is giving increasing preference to mobile-friendly sites.

AMP is an open-source code framework, similar to HTML, which Google asked publishers and other companies to adopt late last year. Companies participating in the project include Pinterest, LinkedIn, and The Washington Post.