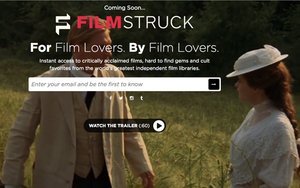 The company’s Turner Classic Movies (TCM) will manage the film library in collaboration with the Criterion Collection.

However, FilmStruck targets a younger demographic with a specific interest in programming not typically found on TCM, per a spokesperson.

Subscribers can choose from a refreshed roster of hundreds of movies from indie and major film studios, available any time on the device of their choice, in an ad-free environment.

The fee structure “will be set over the next 60 days, but is likely to be in the single-digit dollars per month,” The Wall Street Journal reported, citing Turner executives.

It’s the first direct-to-consumer product for Turner, part of its strategy “to innovate beyond the traditional television ecosystem by providing rich viewing experiences that drive engagement across all platforms,” according to the company.