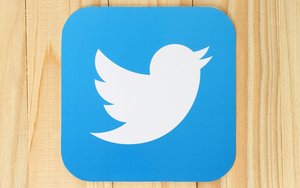 Despite sluggish domestic growth, Twitter achieved respectable gains in monthly active users during the first quarter of the year. All told, MAUs reached 310 million during the period -- up from 302 million a year ago, and 305 million last quarter -- the social giant said on Tuesday.

The good news ends there.

Twitter reported profits of 15 cents per share on revenue of $595 million. While that beat The Street’s profit expectations, analysts were hoping for $608 million in revenue.

The problem is that brands didn’t show up to the party, according to Adam Bain, chief operating officer at Twitter.

Worse yet, Twitter slashed its second-quarter revenue guidance to $590 million from $610 million -- nowhere near analyst expectations of $678 million.

Not surprisingly, Twitter is betting its future on video. “We see a clear opportunity to increase our share of market, particularly around video,” Bain said.

Specifically, “our focus is on live,” Jack Dorsey, Twitter’s second-time CEO, said on the earnings call.

That’s largely due to the success of Periscope. Since its launch in March of 2015, Twitter’s live-streaming unit has been used for more than 200 million broadcasts. Periscope users now watch around 1 million hours -- or close to 110 years -- of live streams every single day. And that stat only includes live streams viewed via Periscope’s iOS and Android apps.

Dorsey was also excited about winning the digital rights to NFL games on Thursday Night this past quarter. Come this fall, Twitter will stream 10 Thursday Night football games while they are simultaneously being shown on NBC, CBS and the NFL.

At least in the short term, however, analysts are not expecting such deals to right Twitter’s ship.

“Twitter’s advertising business has been a bright spot for several quarters, but the stalled user growth is having an impact on revenue,” according to Debra Williamson, principal analyst at eMarketer.

eMarketer has lowered its forecast for Twitter’s 2016 worldwide ad revenue to $2.61 billion -- smaller than the $2.95 billion it predicted in the third quarter of 2015.