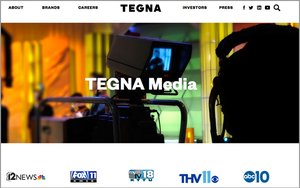 Higher retransmission and political advertising revenue continue to benefit station groups like Tegna, but core TV advertising did not grow much in the first quarter for the McLean, VA-based company.

In addition, digital revenues from Tegna's stand-alone businesses grew 4% $338.0 million. Cars.com’s revenues were up 9.4%, with CareerBuilder.com down 2.3%.