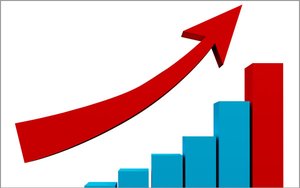 Retailers may see higher costs for image and text-based ads running across Google's search network. The cost per click (CPC) for product listing ads (PLA) continues to rise as a result of Google eliminating paid-search text advertisements on the right side of the search engine results page, according to data released Thursday.

The study by search marketing company NetElixir analyzes the performance impact of paid-search results as a result of eliminating the ads on the right-hand side of the google search engine results page.

While removing the right-side ad units reduces the available space for search engine advertisers, NetElixir found that this change has affected queries with a commercial intent. Overall, it will have serious implications on retail paid-search advertising, such as higher cost per clicks for keywords and reduced auction participation, per the report.

Anonymous data was collected from computer users searching on Google from Jan. 1, 2016 through April 15, 2016. The data, comprised of 12 million impressions, belongs to four different verticals in the retail industry.

Google's change affected metrics in a variety of ways. CPCs rose for product listing ads, but not for text ads, which suggests that search advertisers will need to marginally raise their budgets to adapt to the new layout.

The click-through rate for the fourth position text ad rose. Since the fourth-position ad was introduced in the top of the SERP, it has attracted better visibility, because it serves up just above the organic listing. This ad position also allows extensions, which is why marketers should include them for all top-performing keywords, per the analysis.

Similar to other reports, NetElixir found that the number of advertisers participating in an auction fell. This indicates advertisers could not enter the auction since there are less number of ad slots placed for bidding, but decreased competition has not changed. It does signal the withdrawal of advertisers with smaller budgets.