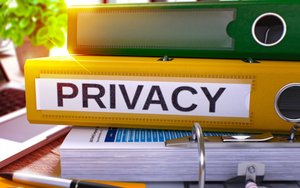 The Federal Communications Commission has rejected the ad industry's request to extend the comment period on proposed privacy rules that would limit some forms of behavioral targeting.

"An extension is not warranted in this instance," Matthew DelNero, chief of the FCC's Wireline Competition Bureau, wrote in an order issued Friday. "A timely resolution of this proceeding will be beneficial for both consumers and industry alike, providing clarity and certainty going forward, and as such, an extension of the comment deadline is not in the public interest."

The decision means that initial comments on the privacy proposal are still due by May 27.

The move marks a defeat for industry groups like the Association of National Advertisers, Interactive Advertising Bureau and US Telecom, which sought more time to comment on proposed rules that would limit broadband providers' ability to engage in online behavioral advertising. (Ad industry groups asked for an additional 60 days, while the broadband industry requested an extra 45 days.)

The ANA argued it needed more time to analyze the proposal, which would require broadband providers to obtain subscribers' explicit consent before using data about their Web-surfing activity to serve them targeted ads. The FCC's 147-page "notice of proposed rulemaking" also poses more than 500 questions, including whether certain forms of tracking technologies -- including "supercookies" and "deep packet inspection" -- should be banned.

Advocacy groups opposed the request for an extension, arguing that the FCC signaled more than one year ago that it planned to propose broadband privacy rules.

The FCC said it agreed with the advocates on that point. "The Commission put interested parties on notice more than a year ago that it would address broadband privacy issues through a separate proceeding," the order states. "We agree with the Opposition that the issues addressed by the Broadband Privacy NPRM are not unanticipated."