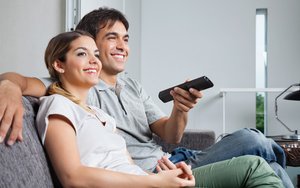 Reality-competition shows get the most “live” viewing, while animated shows get the least of any genre of prime-time programming, according to Nielsen research unveiled Tuesday.

The research is part of a company effort to better assess the “total” audiences for individual TV shows beyond their seven-day time frame.

Nielsen’s “total audience initiative” is “designed to look at individual pieces of content and determine how consumers are getting to them — either through live TV, time-shifting through a DVR [or] some form of VOD,” said Glenn Enoch, senior vice president of audience insights for Nielsen.

Nielsen studied the ratings for viewers 18-49 for programming in five genres from November 2015 through March 2016. The five kinds of programming were reality-competition shows, serial dramas, episodic dramas, sitcoms and animated comedies.

(The research company won’t say which specific shows or networks they studied.)

Or to put it another way, 88% of reality-competition viewing took place in seven days or less.

By contrast, only 51% of viewing for prime-time animated comedies, such as “The Simpsons,” took place within the first seven days, the Nielsen study showed. Plus, 26% took place in days 8-35 and another 24% took place between day 36 and day 118.

Serialized dramas were the only genre that came close to reality-competition’s level of live-plus-7-day viewing -- at 76%, Nielsen said. For the serial dramas, 37% of viewing was “live,” 42% was via DVR and 21% was via VOD, Nielsen said.

Nielsen officials explained that their “total content ratings” initiative is aimed at measuring audiences for individual TV shows, regardless of the platform or platforms they use to watch a show.

“We will be able to understand the audience [comparables] across time, across all platforms, and provide an unduplicated reach,” said Kelly Abcarian, senior vice president of product leadership for Nielsen.

“That’s what total content ratings is really bringing to the marketplace and to both sellers and buyers,” she said. “In a world where cross-media planning is one in which everyone is wanting to understand audiences, this is the way we’re shedding light [on audiences] in a very comparable way across all players."

Abcarian said that applies to a digital-first player or a traditional media client, and across all platforms, regardless of the set of metrics that traditionally are used in one channel vs. another. The goal is to "bring the data together so that both the buy and sell side can understand how to plan and sell on audiences across time, programming and sites.”