Politics Will Have Wide-Ranging Advertising Impact 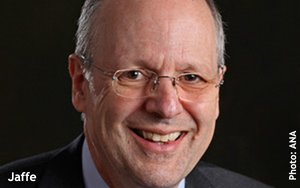 The political campaigns ranging around the country may seem distant from day-to-day Madison Avenue activity, but their results could have a huge impact on the industry.

In a speech at the Association of National Advertisers’ "Advertising Financial Management Conference" on Tuesday, Dan Jaffe, ANA group executive vice president of government relations, outlined the implications of this year’s political contests on the advertising industry.

From taxes and finance to privacy concerns and regulatory issues, the effects of this November’s contests could be wide-ranging, particularly when it comes to control of the Senate.

“If the Democrats take control of the Senate, this will vault into leadership positions a number of Democratic senators, who have taken strong, highly restrictive positions on advertising, privacy, data security and business regulation in general,” Jaffe said.

With action unlikely to be taken during the current legislative session, the new Congress will likely put some sort of tax reform on its agenda. Some prospective legislators have proposed amortizing a portion of their advertising expenses over 10 years (rather than be tax write-offs, which they are currently), Jaffe said.

Such tax reform could amount to nearly $170 million in additional taxes on businesses, he said. “This tax reform battle could be very dangerous for advertising’s bottom line.”

The ANA plans to fight back with recent data from IHS Economics and Country Risk asserting such proposals would put $468 billion of economic activity and 1.4 million at risk during the first five years of the amortization proposal.

“These numbers demonstrate that advertising is a key engine of the U.S. economy and a primary driver of job creation,” Jaffe said.

He also called proposals to eliminate tax deductions for direct-to-consumer prescription drug ads and/or foods and drinks with little nutritional value as a “slippery slope” of government regulation.

Beyond the tax implications, Jaffe said the current Supreme Court vacancy could affect several regulatory issues, such as mandated disclosure guidelines on soft drinks and cell phones (which are both being considered in California).

“While advertising in the last 15 years has received almost unbroken and strengthening support from the Court, what was little noticed during this period is that a number of these key cases were decided on closely fought-out, 5-to-4 decisions,” Jaffe said. “If these cases were upheld, the 30,000 cities and counties throughout the U.S. could impose similar disclosure requirements on numerous other products utilizing advertising messages as their billboards and megaphones.”

Jaffe also criticized the FCC, calling it the “Federal Confusion Commission,” for its “broad oversight” of Internet ISP activity through its Net Neutrality authority.  A recently proposed rule, he said, would require “affirmative opt-in consent” for data sharing for ISPs under its jurisdiction, but not for so-called “edge providers” such as Google, Microsoft and Apple, which are regulated by the Federal Trade Commission.

He also attacked a proposed rule that would allow existing cable programming to be offered by entities other than cable providers, for which advertisers would have “no privity of contract.” “This change faces advertisers with major risks including having their ads stripped, overlaid with competing ads, or undermined by inappropriate ad adjacencies and numerous other dangers,” Jaffe said.

Finally, he called on the industry to come together on online privacy and data security. The “explosive growth” of connected devices has led to increased public concern about privacy, and could lead to more government oversight.

Jaffe called on companies to join the industry’s self-regulatory Digital Advertising Alliance and come to a quick consensus on ad-blocking technology, and demonstrate how advertising enables the content consumers are enjoying.

“Failure to do so — and adequately respond to the legitimate concerns of consumers — almost certainly will lead to major disruptions of the digital marketplace,” he said. “More importantly, we must as a community do a far better job of explaining the value exchange where advertising has dramatically lowered the costs to receive valuable information of all kinds for every segment of society.”