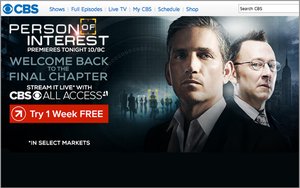 CBS says its core advertising grew by a strong double-digit percentage in its first-quarter reporting period. The network predicts a big upfront ad-selling period this summer.

Les Moonves, chairman/CEO of CBS, stated: “Advertising is poised for even more growth in the back half of the year, as political spending ramps up.”

With regard to the upfront marketplace, Moonves said the network is in a good position because of its stability of viewership of its prime-time programming and “a robust advertising marketplace.”

Advertising at the CBS Television Network was up 49% during the period -- and its core advertising (without the Super Bowl or extra NFL games) -- climbed 12%.

Local TV and radio revenues were up 9% to $649 million, with an 18% increase from CBS TV stations due to big ad revenue gains from “Super Bowl 50,” higher political advertising sales and growing retrans revenues. Radio revenues declined 2%.

Although CBS didn’t release details of its new OTT services, Moonves said CBS All Access and its Showtime service were making “meaningful” contributions.