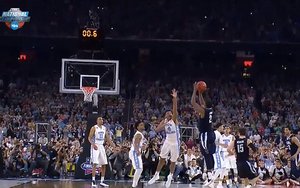 Overall, Turner revenue was up 7% $2.9 billion with 5% increases in advertising revenue and 11% gains for subscription fees.
Time Warner stock was up 3% in early Wednesday trading to $75.76.

Turner advertising gained specifically from better business at its news networks, CNN and HLN, due to heavy political TV interest in the presidential race. Turner grew 30% in ad revenues, according to some estimates, from NCAA Men’s Tournament Basketball. For the first time ever Turner aired the highly rated championship game.

HBO was up 8% to $1.5 billion in revenue, coming from a 5% gain in subscription revenues and 23% more business from content sales internationally and other revenue.

Warner Bros. revenue dropped 3% to $3.1 million because of lower theatrical revenues. A year ago Warner Bros. witnessed big business from “American Sniper” and “The Hobbit: The Battle of the Five Armies” versus the release of “Batman vs. Superman: Dawn of Justice” in the current period.