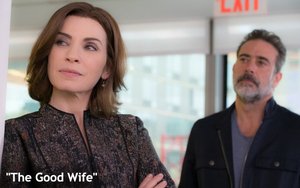 Finales aren’t what they used to be.

This isn’t to denigrate “The Good Wife” or CBS for the way the final episode of this sturdy drama series was handled Sunday night.

The show, starring Julianna Margulies, ended its seven-season run in a sprint of nine episodes. CBS got the ball rolling in the highest-profile way available to it -- via a surprise promo spot that ran during the Super Bowl on Feb. 7.

The promo (if memory serves, it may have been all of 15 seconds long) made news: It served as an announcement that “The Good Wife” would end its run in May, and that there were only nine episodes left. (For those who are now consulting their calendars, it has been 13 weeks since the Super Bowl. “The Good Wife” was preempted four times.)

It was a surprise for several reasons. One was that no one in the corps of reporters who cover television saw it coming (or heard about it either). Another was that this was a show that, presumably, could have kept going if it wanted to. So the idea that it would end never occurred to anybody.

And so, the stage was set for a blockbuster finale. I have no doubt that for the “Good Wife” faithful, last night’s final episode made for a fun evening. Maybe they got together and had “Good Wife” finale parties.

And one can assume that many fans shared their minute-by-minute impressions with each other on social media. This is such a given that I’m not even going to go and check. Here on the day after, I assume some are still discussing it -- was it good, was it bad. It was their show -- let them debate that question to their hearts’ content.

The point is, CBS did everything it could to promote the finale of this show, and in the end, it scored ratings that were a bit higher than what this show was getting generally. In the Nielsen overnights, “The Good Wife” had a total audience of 10.47 million viewers -- about 2 million more than watched the show on April 24 and 1.28 million more than watched the second-to-last episode on May 1.

It's another sign that -- except for a handful of events (the Super Bowl being one of them) -- the days of generating national, or near-national, interest in a series finale appear to be over, thanks, once again, to the fragmentation of TV viewing.

It just seems that, with so much video targeting so many thin slices of the audience on devices other than TVs these days, there is no way to generate that kind of “general-audience” excitement about a TV show anymore.

The gold standard of finales has always been “M*A*S*H,” which reportedly drew an estimated 125 million viewers for its series finale on Feb. 28, 1983, on CBS. The number is so mind-boggling that it seems absurd today -- even unbelievable. But it happened.

Here’s some finale trivia: Until the finale of “M*A*S*H,” the highest-rated finale on TV had been the final episode of “The Fugitive,” seen on Aug. 29, 1967 (yes, in August) on ABC. The show was seen in 25.7 million households for an estimated total viewership of more than 78 million people.

“The Good Wife” was never really in the same category as “Seinfeld” and “Friends.” As those two sitcoms gained steam over the course of their runs, they became cultural phenomena, especially “Seinfeld.”

Still, one wonders if any show now on the air would generate the kind of love and affection that will have so many people watching its finale that you could say afterward that the show truly had a “national” audience.

Take “The Big Bang Theory,” for example. This is the top-rated sitcom on television, and has been for years. But when it comes to finale time, will a huge chunk of the nation tune in to learn the fates of Sheldon and Leonard?

I think we all know the answer to that.

tv
5 comments about "'Good Wife' Demonstrates That The Era Of Huge Series Finales Is Over".
Check to receive email when comments are posted.
Read more comments >
Next story loading