TGI Fridays Aims To Woo Millennials Out Of Their Cribs 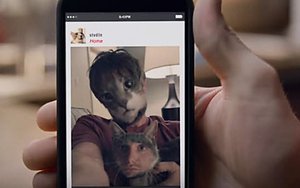 Social media, Netflix, home-delivered meal kits and steep club cover charges have helped make “staying in the new going out” for many Millennials, according to various trend watchers.

But TGI Fridays considers that an opportunity to become a low-cost alternative for Millennial couch potatoes.

The casual chain is putting a marketing push behind a new offer: an entrée plus a cocktail, wine, beer or non-alcoholic beverage for just $12.

A 30-second TV ad for the “Dine and Drink $12” offer (below) shows a guy at home fighting off boredom by “faceswapping” with his cat. He clearly regrets that decision after he sees his friends Instagramming their fun night out at a TGI Fridays.

The voiceover: “Twelve bucks is all that’s standing between you and a good time.”

The #DineandDrink ad is being aired through June 19 on Millennial-centric programming on Adult Swim and ESPN, CBS’s “The Late Show with James Corden,” ABC’s “Dancing with the Stars” and NBC’s “The Voice,” as well as featured on TGI Fridays’ YouTube, Twitter and Facebook channels