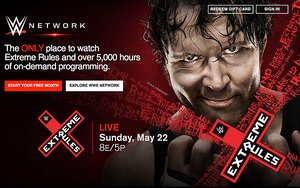 The company says its "network" revenues, which include WWE Network and pay-per-view, gained 7% to $40.3 million.

Its TV revenues, which include program license fee deals to the likes of USA Network, improved 4% to $60.7 million primarily due to increases in distribution agreements.