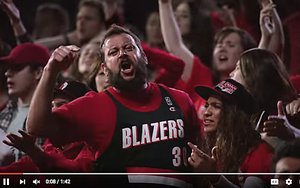 Females tend to rely more on word of mouth and social media for online digital video discovery, while males are more likely to turn to recommendations and search, at 69% vs. 29%, respectively, according to recent Interactive Advertising Bureau (IAB) data.

This may explain why Google's YouTube April 2016 Ad Leaderboard seems to focus on authenticity vs. aspirations.

The research study -- the 2016 Original Digital Video Study -- published by the IAB and produced by GfK surveyed more than 1,900 consumers.

Across all viewing devices, today’s viewers of original digital video prefer this type of content to all TV programming, even surpassing prime-time television for the first time.

The IAB study also shows that a greater percentage of the overall original digital video audience tend to remember ads in original video today more than they did a year ago, 38% vs. 29%.

Younger adults, ages 18 to 34 years old, are twice as likely as adults 35 and up to watch made-for-digital content, with males in the age group leading the way.

Authentic themes continue to overtake authenticity in online video ads, a focus for winners highlighted in the April 2016 YouTube Ad Leaderboard, which ranks the most watched advertisements for the month.

Despite the IAB's growth estimate numbers in original digital video programming, views of advertisements continue to fall since February on YouTube.

In April, YouTube estimates 37.8 million views and 42.8 million minutes of watch time for the 10 ads on the Leaderboard.

While April's numbers fell from March 2016 views, a Google spokesperson said February views focused on Super Bowl ads, forcing a spike for the month. "April had a lot of strong performing ads, but there wasn't a breakout hit that made the list such as Always #LikeAGirl did in March," per the spokesperson.

The April 2016 YouTube Ad Leaderboard showcases humor and authenticity. Organic Valley highlights what a real women's morning looks like rather than using the metaphoric picture of a working woman waking in the morning to eat a healthy breakfast of organic fruit.