Programmatic marketplace OpenX on Thursday announced it has grabbed the top spot in Pixalate’s Global Seller Trust Index for April 2016. The designation means that it was ranked by Pixalate as having the highest quality and most trusted marketplace for digital inventory in the U.S. The April 2016 Index ranked OpenX as No. 1 for U.S. Web inventory -- and for the first time, No. 1 in mobile app inventory. OpenX also placed in the top three sources of quality supply in international markets.

In 2015, OpenX held the No. 1 spot on the Seller Trust Index for Web inventory for six consecutive months. Traffic quality has been a cornerstone of the OpenX ad exchange since 2012 when OpenX led the industry in an ongoing campaign to eliminate fraud in programmatic advertising.

"Third-party quality assurance is critical to the growth and success of programmatic advertising, so it’s great to be recognized as a company that puts quality first. It’s a reflection of our ongoing vigilance in ensuring our marketplace is fraud-free and trusted by buyers and sellers across all screens," John Murphy, vice president of marketplace quality at OpenX, told Real-Time Daily via email.

With regard to the April Index, Jalal Nasir, CEO of Pixalate, said a few key trends have emerged over the last few months: “First, fraudsters are getting smarter. There has been an increase of 28% in the more ‘sophisticated’ kinds of fraud in Q1 2016. In particular, there has been a significant uptick in the hijacking of devices directly via Trojan Horses that use Doorway sites to generate fraudulent activity. This is a challenge in that that type of activity is difficult to detect.”

On the bright side, however, Nasir said there has been a greater focus and some progress by platforms in addressing these challenges. “This commitment, along with the efforts underway in the buy-side community, is essential in undermining the efforts of those who seek to destroy confidence in programmatic advertising,” he told Real-Time Daily. 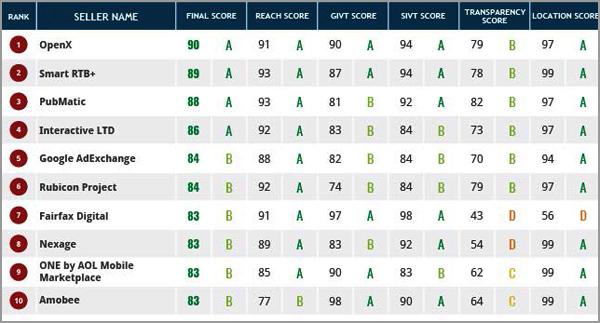