If There Were No Ads, How Much Would You Pay? 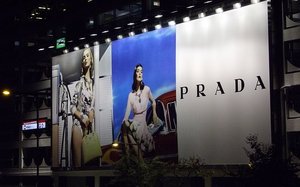 If you could put a dollar amount on how much you think the various free ad-supported businesses and services are worth to you annually, what would you say?

Zogby Analytics asked that same question to 1,004 US adults and found that Americans assign a value of about $1,200 per year to the services provided them. 85% of respondents said that they prefer an ad-supported Internet model as opposed to paying for content.

Questions similar to this have been asked and similar answers have been given (mostly that people prefer ad-supported models to subscription services), but what interests me about this survey is the dollar amount supplied by the respondents.

It may very well end up that after all the dust settles around how publishers will make money in the future without destroying their UX, ad-supported models will turn out to be the best option. No one likes having to pay for things, after all.

75% of respondents said that they would reduce their Internet usage a great deal on all devices if the Internet was on a paid model. 90% of them said that services like email, blogs, the news and weather were very important or somewhat important.

advertising, mobile
1 comment about "If There Were No Ads, How Much Would You Pay?".
Check to receive email when comments are posted.
Next story loading