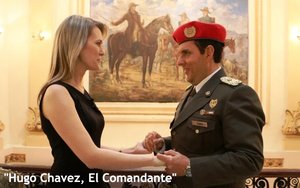 Telemundo officials are talking up the success of their programming strategy this upfront season and taking aim at archrival Univision.

The Spanish-language network owned by NBCUniversal is “closing the gap” with Univision, Telemundo’s top executives told reporters at a pre-upfront news conference late last week in New York. Univision has long been the dominant TV network for U.S. Hispanics.

“Where you look at the sea change that’s occurred in the last few years in the power base of Hispanic media, Telemundo has attained reach parity with Univision through a dramatic closing of the ratings gap, especially in prime time,” said Mike Rosen, EVP of advertising sales for the News and Hispanic groups of NBCUniversal.

As evidence, he said the difference between the Univision and Telemundo audiences in weeknight prime-time has shrunk from 1.5 million viewers 18-49 three years ago to 250,000 this season.

“There are many nights where that difference is less than 100,000,” Rosen said.

Rosen and other execs representing both Telemundo and NBC Universo, NBCU’s Spanish-language entertainment cable channel, conducted a presentation for reporters in advance of the huge NBCUniversal upfront presentation scheduled for Monday morning (May 16) at Radio City Music Hall.

That presentation will encompass all of the company’s TV networks – including broadcast, Hispanic and cable.

None of the programming announcements made at the news conference were more symbolic of the rise of Telemundo than a new Sunday night show that will be hosted by Don Francisco, perhaps the best-known personality in all of U.S. Hispanic television.

He was Univision’s top star for decades, as host of the Saturday night variety show called “Sabado Gigante.” He parted company with Univision last year and signed on with Telemundo this past March.

Like his old Univision show, the new “Don Francisco” show will be a variety show featuring celebrity interviews, musical performances and various games and competitions.

Silberwasser said Telemundo’s new programming reflects the network’s strategy, which aims to “modernize” Spanish-language TV for a contemporary U.S. Hispanic audience. That means moving away from the network’s traditional reliance on telenovelas, boosting the production quality of all of its programs, and continuing in its efforts to produce original content in the U.S. expressly for U.S. Hispanics.

“We have a programming strategy that is dramatically different than the competition,” he said. “We believe in original content that’s created by us, tailor-made for U.S. Hispanics who live in this country.  … It’s not imported programming made by another broadcaster for another consumer audience. This is made by us for this audience.”

Some of Telemundo’s new programming announcements were:

“El Chema,” a drama series about a swashbuckling Mexican drug kingpin inspired by the life of El Chapo.

“Hugo Chavez, El Comandante,” a drama series described as a “fictional story inspired by the life of Chavez,” who ruled Venezuela from 1999 until his death in 2013.

“Cortes: Conquistador de Mexico,” a miniseries about the Spanish conquerer of the Aztecs.

Telemundo also announced renewals for its hit telenovelas “El Senor de los Cielos” (roughly “The Lord of the Skies”) and “La Querida del Centauro.” (“El Centauro” is the nickname of a fictional drug lord in this series and “la querida” is his “mistress. The translation is “The Mistress of the Centaur.”)