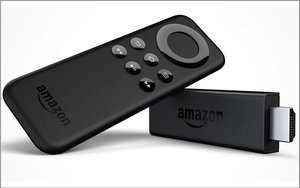 Through a free over-the-air software update in the coming weeks, Amazon will also integrate voice search across 59 content partners including Hulu, Showtime, Starz, and HBO Go. Users will say "Open HBO Now” or “Launch Hulu” into the Fire TV Voice Remote to open the apps.

Through voice search, the platform will locate movies playing in nearby theaters, along with specific showtimes. Users also can search for local businesses and restaurants by asking “What Italian restaurants are nearby?” or “What time does the nearest bank close?” to get convenient information on businesses nearby.

The data and behavioral habits learned from the way people ask questions and interact with inanimate objects will provide marketers with another data source for ad targeting. Addressable TV will likely become the next integration for this platform, though Amazon makes no mention of targeting specific advertisements based on using the data from voice searches or commands through Alexa, the voice assistant Amazon initially launched in its wireless speaker system Amazon Echo.

An Amazon spokesperson said Alexa on Fire TV does not support addressable advertising at this time, but "we do have a banner ad on the home screen."

Third-party developers have been working to build out applications to support Alexa. Ari Popper, futurist and CEO at SciFutures, says children treat the voice assistant poorly "like a slave," so the company has been coding software to teach children manners using Amazon's platform -- Echo.