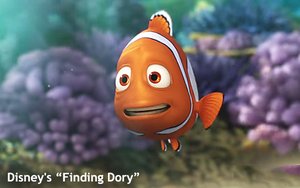 Summer is the time when many families begin hitting the pool for recreation, and with the Olympics and animated filmdom’s most famous swimmer hitting the screen, it’s a great time to highlight the competitive aspects of the sport.

This summer, USA Swimming is partnering with Disney-Pixar’s “Finding Dory” on a co-marketing effort to encourage families to get involved in the sport by finding an area swim team. The two entities had partnered before when Disney re-released the Pixar film’s prequel, “Finding Nemo,” in 2012.

“We developed a good relationship so it was an easy and natural fit to do something bigger this year with ‘Finding Dory’,” Matt Farrell, USA Swimming’s chief marketing officer, tells Marketing Daily. “Dory’s signature line of ‘just keep swimming’ also made it authentic to tie the fun of joining a swim team.”

The effort kicks off with a “Finding Dory,” ad in the commemorative Olympic preview of the organization’s Splash magazine, which will be followed by a special advance screening of the film sequel for U.S. National Swim Team members and cross-promotion on both USA Swimming’s and Disney’s social media channels.

USA Swimming will also send SwimToday kits featuring “Finding Dory”-themed materials to more than 3,000 registered programs this summer, and will featured a Dory-themed landing page on its SwimToday.org landing page.

SwimToday is an organization endorsed and supported by 11 swimming industry companies, including Arena and Speedo USA, USA Swimming and The National Swimming Pool Foundation with am mission to increase participation in local swim teams. The ongoing “Funnest Sport” campaign encourages parents to consider swimming as a competitive sport for their children.