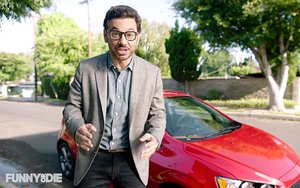 Chevrolet is grouping its small-vehicle offerings together in a campaign targeting young, first-time new car customers.

The General Motors Corp. division is partnering with Funny Or Die and comedian Al Madrigal for a series of videos. The effort also includes a lifestyle-oriented Web site, ChevySmallCars.com, focusing on the Chevrolet Spark, Sonic and Trax small SUV.

“When we looked at reasons for purchase, cross-consideration and demographics, we found a number of similarities,” he says. “By aligning these products, we can be more strategic and create more engaging, sharable content that speaks directly to this audience.”

“We chose Al Madrigal after working closely with Funny Or Die,” Majoros tells Marketing Daily. ”Al is well known among this target from his work on ‘The Daily Show’ and his background in standup comedy and improv.”

ChevySmallCars.com will host content in a way that allows visitors to engage and discover Chevy on their own terms, he says. At the heart of it is “Small Talk,” three short episodes featuring the Sonic, Spark or Trax, produced by Funny Or Die and hosted by Madrigal. The videos will also be hosted on Funny Or Die.

“While we’re excited at the initial reactions, it's still too early to gauge effectiveness,” Majoros says. “We are just beginning to support the site with paid media and have been regularly adding new content. We will have a better feel in the next several weeks when we can look at user site experiences and other measurements.”

As part of the new small-car initiative, Chevy will also partner with media outlets such as .Mic, Complex and Thrillist in concentrated key markets. Additional content coming for ChevySmallCars.com includes a custom podcast with another "Daily Show" comedian, John Hodgman

“Other than in promotional and experiential marketing, we haven't marketed our small cars together before,” Majoros says. “These consumers are likely first-time new car buyers and/or used car disposers who shop, purchase, and reject for similar reasons. They are similar in both demographics and psychographics, so it's a good opportunity to introduce them to our family Small car choices -- and to Chevrolet as well.”