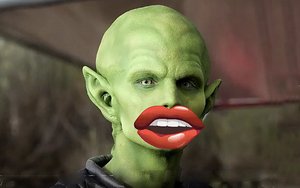 With cancer becoming ubiquitous among some age groups, one company is out to help you nudge your loved ones to get a check-up. Not to mention yourself.

Highmark, a licensee of Blue Cross and Blue Shield of Pittsburgh, is rolling out a digitally centric campaign to get people to do what one in three is putting off, i.e., get the recommended health screenings.

Centered on a “Nudge Kit,” which provides hundreds of ways to subtly — and not so subtly — urge loved ones to prioritize their health, via video nudge-o-grams, physical nudge notes, social nudges and nudge-spirations. The nudges are at the center of a full-scale, cross-platform campaign created by Doner.
The effort is running across broadcast, TV, digital and social to “increase preventive screenings and further Highmark’s commitment to beating cancer by removing barriers, transforming how care is delivered, and advocating for its members,” says the company in a release.

Patrick Nace, lead marketing strategist at Highmark, tells Marketing Daily, “It is a new approach for Highmark to launch an advertising campaign with a robust website destination that is packed full of engagement features enabling visitors to ‘nudge’ loved ones about covered cancer screenings (as well as a handy, concise, downloadable info on how to go about getting a screening).

“The nudge features enable Highmark to leverage new media and extend the campaign by allowing users to share content with friends and family on social channels, via email, or text – and these “earned media” point back to the site so recipients can share a nudge as well.”

Highmark calls statistics on cancer alarming. “Up to 40% of men and women will be affected by cancer, the second leading cause of death in the U.S., according to the CDC, the company says. “Despite evidence that when caught early many cancers have a 90% survival rate, one in three people is falling behind in getting recommended screenings that are fully covered by health insurance.”

Adds Nace: “Using a lighter, humorous approach in this case is in itself unusual and memorable, and is more likely to generate attention, interest, and ultimately, action.  Our aim is to engage all members to take advantage of covered preventive services. The humor comes from offbeat suggestions to end procrastination when it comes to screenings. And we hope our approach will dispel some of the fear that can surround scheduling cancer screenings.”