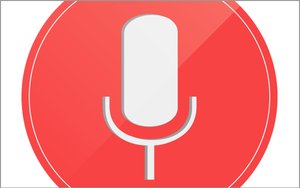 Google, Bing, Apple and others are forging their way into voice search and artificial intelligence, but a study released earlier this year suggests that consumers were not ready for the change last year. That may no longer be the case.

Some 56% of smartphone, mobile phone or tablet users who access the Internet do not use voice-enabled assistants, according to a tracking study released by The Local Search Association (LSA) analyzing tends in 2015. The study found that 22% access Apple Siri; 2%, Microsoft Cortana; 1%, HTC Hidi; 6%, Samsung S Voice; 1%, LG Voice Mate; and 18%, Google Voice Search

That was in 2015. Google CEO Sundar Pichai said during his Google I/O keynote that 20% of queries on the company's mobile app are voice searches. Earlier this month at the MediaPost Search Insider Summit, Rob Wilks, VP North America, search sales at Microsoft Search Advertising, said one in four searches on the Windows 10 taskbar using Bing are voice queries.

The LSA study found that laptops and desktops were the most widely used devices at 65% and 58%, respectively, when conducting searches. Desktops came in at 58% and tablets at 38%.

The study found that consumers conducting online video searches were more likely to wait a bit longer before making contact with the retailers or brand. Some 68% of those using the PYP made contact within the same day; 68%, Internet Yellow Pages (IYP); 68%, search engines; 66%, ratings and reviews; 65%, social networks; and 62%, online videos. The trend was consistent within a couple of days, between 25% and 30%, and within a week between 6% and 8%.

Searches that resulted in a purchase after using the PYPs took slightly more time than those who searched using an online source such as the IYP, search engine, ratings and reviews sites, social network, or viewing online videos. Half of those searches using PYP still made a purchase the same day.

Interestingly, PYP users were most likely to have just one company name in mind at the start of their search, while those perusing ratings and review sites were more likely to not have any company names in mind.