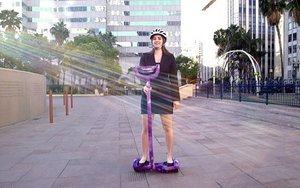 General Mills’ Cinnamon Toast Crunch has been going gadget-crazy. The strategy: Grab Millennials’ attention with quirky items tying into their trends, then woo them into trying cereal for breakfast.

In September 2015, the brand offered a “Selfie Spoon” with a selfie stick on one end and a cereal spoon on the other. Hundreds of consumers snapped up the limited number of spoons available, which could be had for the cost of shipping and handling.

Last month, courtesy of an idea from McCann, CTC debuted #squadbowls — a bunch of cereal bowls joined together, inspired by the trending #squadgoals hashtag on social media. As the tongue-in-cheek  promotional video noted: “You and your squad do everything together, so why are you still eating cereal alone?”

For 10 days, the first 10 orders placed per day were sold for 99 cents. After that, the “handcrafted porcelain” items are pricey, ranging from $59.99 to $119.99, depending on the number of bowls melded together (anywhere from three to six). That one appears to still be live on Tumblr.

Now comes the Cinnamon Toast Crunch Cruiser: a hoverboard with a self-leveling cereal bowl (with “spill-shield technology”) attached to the front, supposed to enable the rider to eat breakfast on the way to work.

“Never skip breakfast…Never be late,” promises the “infomercial” (below).

This time, only five of the items were made and — aside from promoting the gag innovation on its social channels — the brand says it’s just testing them out with a few of its fans, not selling them.

“Cinnamon Toast Crunch is on a mission to pioneer new ways for everyone to enjoy a bowl of Cinnamon Toast Crunch,” Achala Gopal, the brand’s marketing communications senior planner, said in General Mills’ blog. “We aim to leverage and poke fun at cultural developments and want to continue staying on top of new trends and monitor what’s relevant so we can find ways to join in on the fun.”