American Standard Says Faucets Can Be Pretty And Functional 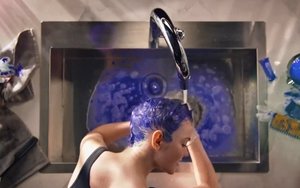 Sure, faucets can look pretty, but if they’re not functional, they’re not very useful. American Standard, known for its toilets, tubs and sinks, is looking to make a name for itself in the plumbing faucet category as well.

Via a new campaign from agency Solve in Minneapolis, the company is out to show off its redesigned faucets and fixtures that can meet every family member’s needs in a variety of ways.

“American Standard has a long history in the industry, but we needed a campaign that was going to call attention to the new designs,” Jeannette Long, vice president of brand marketing at American Standard, tells Marketing Daily. “It introduces us in the faucet category, and reinforces the fact that American Standard is a leader in the category and that we’ve designed the faucets for you.”

A television spot uses a static overhead shot of a sink (with an American Standard faucet) where various activities take place. As the shots move from rinsing out a cup of coffee, to cleaning a hot wok, to washing a dog, and more, a voiceover explains that consumers, when choosing a new faucet, aren’t thinking about all of the faucet’s possible uses. “At American Standard, we design products with your life in mind,” the voiceover says. “Because it’s not enough to look beautiful; it has to work beautifully.”

“A lot of the category is about being ‘jewelry for your kitchen,’ but American Standard has a better sensibility about the products it makes,” Shawn Hansen, account director at Solve, says. “The realities of what people do in their home is what the campaign is built on.”

In addition to the television spot (which will run on home improvement cable networks and digitally on Hulu), the brand has created a music video using the same imagery set to Sophie Park’s “Perfect Day,” to run in showrooms across the country. The campaign also includes print advertising running in home decor titles for consumers and interior design magazines for architects and designers.