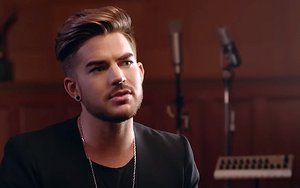 In a nod to consumer preferences for control over viewing, Lexus is releasing all six new episodes in the third season of its hit documentary series at once.

“Knowing how consumers engage with content, we wanted to give them the option to choose the episode and the celebrity story themselves,” says Andrea Lim, Lexus digital communications manager who oversees L/Studio.

The show, “It Got Better,” is returning to the automaker’s L/Studio content channel for a third season. The docuseries is a collaboration between the creative team of actors/producers Lisa Kudrow and Dan Bucatinsky’s Is Or Isn’t Entertainment (“The Comeback”; “Web Therapy”; “Who Do You Think You Are?”) and Dan Savage (“Savage Love”) and the It Gets Better Project.

Inspired by the Emmy Award-winning It Gets Better Project and the Emmy-nominated “Who Do You Think You Are?”, the series shares LGBT celebrities’ personal stories of overcoming obstacles while putting their struggles and successes in historical context. Each of six episodes chronicles the life of a star with a focus on how and when “it got better” for them.

“L/Studio hosts an eclectic collection of high-caliber, diverse and innovative content,” Lim tells Marketing Daily. “The ‘It Got Better’ series gives us a platform to expand our consumer base to include a broader demographic and connect with them on a different level.”

All six videos are now available on LStudio.com and YouTube. The series will also be syndicated across Here Media channels.

“Each season has delivered strong results in terms of consumer engagement,” she says. “Collaborating with likeminded partners who see the relevance of our content allows us to continue building awareness.

Lexus conceptualized L/Studio as a way to engage consumers outside of the traditional automotive encounter, she says.

“L/Studio is designed to appeal to a discerning and inquisitive audience that is interested in exploring a variety of storytelling forms and subjects,” Lim says. “Our goal with this series in particular is to inspire people and is meant to be relatable to anyone overcoming adversity in their life and send a message of hope beyond the LGBT community.”