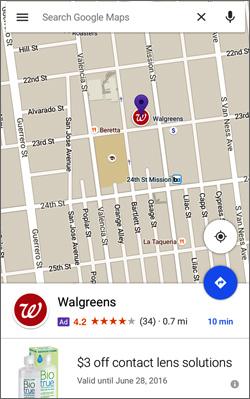 Google unveiled Tuesday its vision for AdWords and Analytics -- completely rebuilt for a mobile-first world. The company announced several significant changes that will give advertisers more insight gleaned from data and control of device-level bidding in AdWords for desktop, tablets and smartphones.

The announcements were made at the Google Performance Summit in San Francisco, where Sridhar Ramaswamy, senior VP of advertising and commerce at Google, said that across the millions of Web site using Google Analytics, more than half of the traffic comes from smartphones and tablets.

Ramaswamy said advertisers will have more flexibility on how they bid in AdWords and when ads serve up. He added that it felt awkward to have bids tied to desktop when mobile use has been rapidly rising, and has been a growing challenge for advertisers to scale mobile when bids are limited to a handful of options for the creative.

In AdWords, advertisers will have an option to connect a keyword to a particular device such as mobile phone and set individual bid adjustments for smartphones, desktop or tablets up or down by up to 900%. Advertisers will anchor the bid to the individual format and adjust the bid accordingly.

On the Google Display Network, advertisers will simply provide the platform with a headline, description, and image, and the programmatic platform will automatically create the ads for the advertisers. The ads will fit any Web page or app, and it will unlock native ad inventory across the GDN.

AdWords has also expanded location-based targeting. Nearly 90% of sales will happen on stores, so Google focused on the physical location, helping consumers get their by searching for information on their mobile phone.

Jerry Dischler, VP of product management at Google, said nearly one-third of mobile searches are related to location, growing 50% faster than mobile searches in the past year. Part of Google's mobile location strategy points to Google Maps and Promoted Pins, which appear in the main Maps view.

While ads on Google Maps for local search extension isn't new, advertisers will have the ability to take advantage of additional location data. The forthcoming ads will appear across google.com, Google Maps app, and desktop and mobile Web sites.

During the next year Google will test a variety of formats. One test has been Promoted Pin. In the Google Maps app, advertisers can promote their businesses. In store promotions will appear in Google Maps. A promoted pin at Starbucks, for example, might trigger as the consumer follows the walking navigation feature along their route.

Dischler said the same machine learning algorithms that can help people find the shortest route can tell advertisers if a consumer walked into their store after clicking on an ad. Now it will bring in beacon signals to improve existing location data.