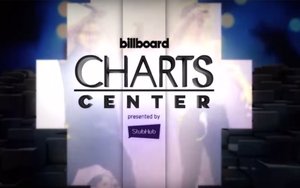 Called “Charts Center," the first 15 episodes of the series are sponsored by StubHub and will air exclusively on Billboard.com and Billboard’s social media channels.

The video series will feature 10-minute coverage on Billboard's music charts and topical conversations with artists and celebrities in an “interactive format,” per the company. Each episode will also have an exclusive artist performance at the Billboard studios.

“The people who are consuming content on these artists will want to see them at some point, and StubHub might be the perfect option for them,” he said.

StubHub owns all the media around the program, including pre-roll before each episode, their logo featured on the title screen, and “a couple of sponsored integrations in the actual show,” Holguin said.

There are two segments in “Charts Center” that StubHub sponsors: VIP Pass, a look backstage at different music events like the Grammys, and Next Week Now, a prediction of what will happen next week in the music world.

Next Tuesday, “Charts Center” will feature the season 10 winner of NBC’s "The Voice."

“This series is a perfect and fun way to further bring to life the news and conversation that come out of our competitive weekly rankings,” stated Janice Min, co-president and Chief Creative Officer of The Hollywood Reporter-Billboard Media Group.

Holguin said the full episodes will be available on Billboard.com but clips will be cut, distributed and optimized for certain social platforms.

“This is the first big push into creating this whole new slate of original video programming for Billboard,” Holguin said.

He added that over the last four years, Billboard has increased its video production but this is the first time the brand has created an original series with a specific schedule.

Soon, the brand will launch another series called “Back to the Block,” where artists return to their hometown and do a private show, as well as visit former haunts. The series is sponsored by 1800 Tequila.

“The push going forward is coming up with original programs that brands can sponsor or series that are ideated with sponsors in mind and working with brand partners to create these shows,” Holguin said. “What Billboard has is access to the music industry and music fans — we’re a great way for artists to connect with fans and brands to connect with fans of these artists.”