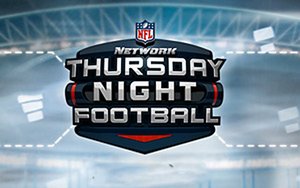 Although CBS will win the TV season by any traditional measure, the network and its broadcast rivals continue to experience challenges in making viewership gains.

Growing sports programming continues to play a major role in the results.

CBS was buoyed by having the Super Bowl this year, while NBC was hurt by not having the big TV event versus a year ago. The Super Bowl -- annually the most-viewed U.S. TV show -- pulled in an overwhelming 112 million viewers this year.

Both CBS and NBC benefit from other highly rated prime-time NFL programming.

For its part, ABC says without any sports in prime-time -- NBC’s top rated “Sunday Night Football,” CBS, “Thursday Night Football” (the fourth highest-rated prime-time series), as well as ABC’s own college football series on Saturday night, and the NBA playoffs -- it would have tied CBS for first place, a 1.9 18-49 rating.

Over the past year, Fox benefited from greater stability as a result of its big “Empire” series -- the second highest-rated 18-49 series in prime time.

While traditional TV measures -- Nielsen same-day program ratings -- continue to point lower, all TV networks believe a different story would be told if unaccounted time-shifted viewing after seven days -- through VOD, digital media and other platforms -- were added into the mix.