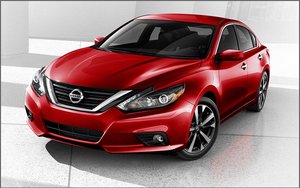 The Nissan Altima takes the top spot of top 10 most popular cars among Millennial buyers nationwide, according to a new survey by LendingTree examining car-buying trends among those under 35.

The data team at LendingTree ranked 50 cities based on the percent of auto loan requests coming from Millennial borrowers, and also calculated the average amount Millennials (and older people) are borrowing in each of those cities for car purchases.

Millennials in Memphis, Tenn., are looking to buy cars at rates higher than their counterparts in any other major U.S. city. Other top cities for Millennials buying cars include Milwaukee, St. Louis, Minneapolis, Houston, San Jose, Nashville, Buffalo, Columbus, Ohio and Los Angeles.