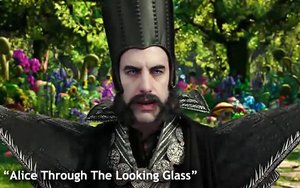 So far, Walt Disney Co’s “Alice Through The Looking Glass” has placed $20.8 million in national TV advertising since February through May 25, according to iSpot.tv. The most revenue per network has gone to CBS, at $4.1 million. ABC is at $3.3 million; NBC, $2.6 million; and Nickelodeon, $1.4 million.

The movie opens on Friday.

These results do not include co-branded entertainment film partners, which can collectively place another $10 million to $15 million or more in connection with a movie. For example, restaurant chain Red Robin’s “X-Men” advertising has spent $4 million so far.

Already getting the jump on the big summer season -- movies released in recent weeks -- include Disney’s “Captain America: Civil War.” Two and half weeks since its opening, it has already gained a massive $353.1 million in U.S. box office revenue. To date, iSpot.tv, says the movie has spent $24.97 million in national TV advertising.

Another big movie Sony’s “The Angry Birds Movie”, which had a big $43.7 million opening weekend five days ago, has placed $24.8 million in national TV advertising.

Three wide-release big studio movies which will be released next weekend, June 3, are also ramping up TV spending.