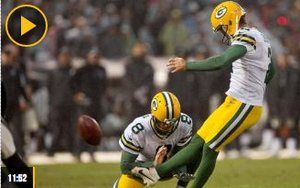 As it has been for a number of years, NBC’s “Sunday Night Football” was again the top TV series overall, posting Nielsen live program-plus-same day time-shifted viewing of 21.4 million average viewers and a 7.5 rating/22 share among 18-49 viewers.

CBS had 10 of the top 20 shows in terms of overall average viewers; NBC had five; Fox, four; and ABC, one.