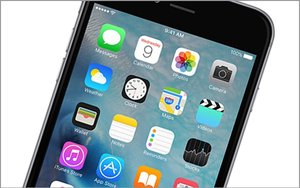 Google updated its iOS app with faster load and search times as part of its Accelerated Mobile Project (AMP), the company announced Friday.

The most notable change is the addition of AMP to search results. Launched in February as an industry effort to speed mobile Web pages, individuals will see a lightning bolt denoting AMP articles that appears next to the Top Stories on the page.

Faster load times means publishers are less likely to lose site visitors. Google data shows that people abandon Web sites after three seconds if the content doesn't load quickly. It puts a hitch in a publisher's strategy to get readers to view the content.

When a Web site or app is clumsy or slow, 29% of smartphone users will immediately switch to another site or app if it doesn't satisfy their needs, according to Google.

Some 70% of those who jump from one site to another do so because of lagging load times, and 67% will switch if takes too many steps to purchase or get needed information.

Now each time an individual open Google's iOS app or does a search, the content will load a bit more quickly. "Whether you can notice the difference or not, these small improvements will save app users a combined 6.5 million hours this year," Tamar Yehoshua, VP of product management at Google, writes in a post.

Just in time for the NBA and NHL playoffs, as well as the Olympics this summer, individuals can watch sports highlights right from Google Now cards. When you get a card with sports highlights, tapping the play button will allow users to watch the video from the app.